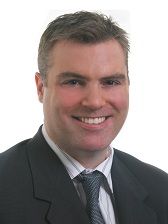 Phil Fersht is Founder, Chief Executive Officer and Research Director of HfS Research, the leading global research analyst organization covering global sourcing strategies. He was named “IIAR Analyst of the Year 2010” by the Institute of Industry Analyst Relations (IIAR). This is the most coveted global award for industry analysts in technology and services.  His specialist coverage areas include finance, HR and supply chain BPO, and he also focuses on industry-specific issues and the convergence of BPO, SaaS and Cloud in a business utility context.

He is an acclaimed industry analyst, practitioner, advisor and strategist across Business Process Outsourcing and IT services worldwide, having worked extensively in Europe, North America and Asia. During this time, he has advised on more than 100 major outsourcing and offshoring engagements and consults regularly with senior operations and IT executives on their global sourcing strategies.  At HfS Research, Phil directs and contributes to the firm’s research and social media strategy, in addition to administering the global finance operations.

During his career, Phil has worked at AMR Research (Gartner Group), leading the firm’s BPO and ITO practice. Previously, he served as market leader for Deloitte Consulting’s BPO Advisory Services, where he led numerous outsourcing and offshoring advisory engagements with Fortune 500 enterprises. He also worked for outsourcing advisor Everest Group leading the company’s BPO research practice. Phil began his career at IDC across its European and Asia/Pacific operations.

Phil is a frequent author and speaker on IT services, Finance, HR and Procurement Business Process Outsourcing trends and issues. He was named both an “FAO” and “HRO Superstar” by FAOToday and HROToday Magazines for 2005, 2006, 2007, 2008, 2009 and 2010 and was featured as the cover story for the December 2006 issue of FAOToday as one of the outsourcing industry’s most prominent advisors. He was also nominated for “Advisor of the Year” at the FAOSummit 2008. He speaks regularly at industry conferences, which have included The Conference Board, NASSCOM, IDC Directions, the Sourcing Interests Group, the Shared Services & Outsourcing Network and the Council of Supply Chain Management Professionals. He is also a regular columnist for several industry publications, including Global Services Media, SSON, FAOToday and Finance Director Europe.

Phil can be reached at phil dot fersht at HfSresearch.com.   He can also be found on twitter:  @pfersht

Posted in : About Us