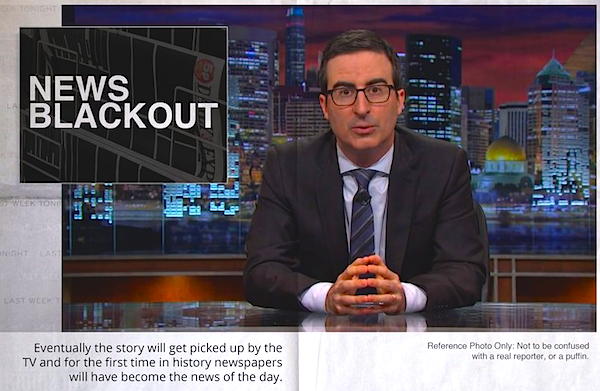 Remember all that wide-eyed excitement when we first started using the “Information Superhighway” known as the Internet? Remember how we were all going to use this amazing new media to share information, to learn from millions of new information sources, and – even more importantly – to learn from each other?

So what’s gone wrong? Why has the Internet also become a mechanism to block out information and promote factless discussion and news, often based on misinformation, lies, propaganda and emotion?

How have we managed to survive a year and a half of election campaigning, where we endured two sides obsessed with battering each other with insults, almost completely devoid of any smart new policies, practical debate and absolutely no ability to listen to each other. Our whole world of politics has become driven by emotions and personalities, not facts, ideas and policies.

I am sure I am among many of you who have fallen out with friends, unfriended people (or been unfriended) on Facebook, received abuse on Twitter and been sucked into nasty arguments with others who just refuse to listen. And if I had to dig deep into my conscience, I have to admit I may not have always listened to the rationale of the other side also.

But can we all get past this experience and learn to listen to each other again? Can we learn to have rational debate and conversation, where we can express our views, back them up with real facts and ideas – as opposed to this closed, angry style of discourse, that is threatening to divide entire nations?

I like the steps I am seeing from Facebook’s CEO Mark Zuckerberg to clamp down on “fake media”, especially when you consider that more Americans admitted to relying on Twitter and Facebook for their news sources, than any other media source. And can you blame them when the likes of Fox, CNN, the New York Times and many other outlets – all have their biases and did little to bring together real discourse and debate. All they did was whip up more hatred, panic and emotion to divide us further.

So… we all ended up take to social media to get our news and views away from the blurred lines…. and instead of sharing facts, all we are doing is winding ourselves up, blinding ourselves from finding compromise and hiving off social contacts we once considered “friends” (both the physical and electronic varieties).

The Bottom-line: It’s time for all the stakeholders in society to get meaningful and respectful again

Whether we like it or not, we now have four years of President Trump – he got himself elected. He won – seemingly against all the odds. Now let’s sincerely hope he can work to bring together a divided nation and bring together people across this divide of hate which he helped create. If he is to be successful as a President, it’s healing this awful culture of factless, meaningless squabbling. The US doesn’t need it’s own half-Brexit, where the country can’t decide what it wants anymore and people have to move forward clouded in uncertainty and confusion.

In the last week, President Trump has made appointments to his cabinet that are concerning for many. But sensationalist reporting devoid of actual facts has also skewed the true merit for concern and the weight of the issue. We need our media to provide information so we as citizens can express our voice based on facts and not fear that may or may not be warranted. The last thing we need are our already-fractured social networks being further eroded by all this emotion, paranoia and hype.

We need decisive policies, politicians working together and (at least try) to develop some mutual respect with people, whose views may not be entirely aligned with us. I don’t like the way the world has become, and I think most of you here will agree that it’s time for our media, our politicians – and ourselves – to get meaningful and respectful again.