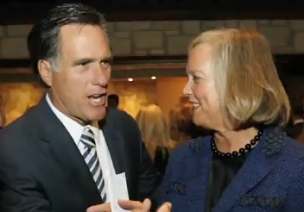 Did HP recruit the right Republican? With the 180-degree strategy flip over the “sale” of its PC division, shouldn’t HP have hired the master of the 180 himself? And is there a difference between “keep” and “couldn’t sell”?

One can ask many questions as to why HP’s new CEO made such a dramatic reversal of Léo Apotheker’s decision barely two months’ ago. There’s nothing wrong with making “180’s” with product and strategy decisions – the very best businesses in the world have been quick to admit bad decisions and correct them. Even the great Steve Jobs made some 180’s in his career… but none of them in barely 2 months.

However, I believe the answer is very simple:  HP’s board has had a deep look into its very soul, and had a very scary premonition of where it was headed. It saw its future existence without its heritage hardware businesses, becoming predominantly an enterprise IT services organization with a curious software acquisition.  Yes, it was running the risk of morphing into a me-too to IBM. IBM has just appointed a laser-focused services leader in Ginny Rommety to take them forward as a services mammoth. Enterprise services is IBM’s DNA. HP has hired a politician and Internet auctioneer entrepreneur. Hmm…

Did Meg make the right call to keep PCs?  Yes – she probably did for three reasons:

1) No-one wanted to buy the division;

2) HP’s board never really wanted to sell it;

3) HP’s board was feeling naked and exposed at the prospect of rebuilding the firm without it.

The jury’s out over whether Meg will turn around a famous company which is now struggling to save its tarnished brand.  It’s an immense challenge and will take several months to see any real progress, but reclaiming part of its very soul – making personal computers – will help it rebuild its identity.