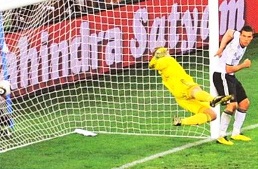 Mahindra Satyam… back in the game?

While the rest of the outsourcing world has been carrying on through challenging times, the most challenged of its citizens, Mahindra Satyam, has been quietly rebuilding a global business under the charismatic and candid leadership of Atul Kunwar.

A no-nonsense leader with a strong M&A background, he has charted a course to more than double the size of Mahindra Satyam and its sister company Tech Mahindra in three years. HfS would normally be skeptical of such a claim, but there is compelling evidence that this is a reachable stretch target.

In the unlikely event you have not heard of what caused the former Satyam’s challenges, here is the short version: In late 2008 and early 2009, it became known that the company’s chairman and founder and his brother had inflated profits and more as importantly, cash, for years, to the tune of almost $2 billion. At the time, the company was India’s fourth largest IT services provider and had an enviable portfolio of big-brand clients. After a brief period under government control, the Mahindra group stepped in to rescue it and turn it around, assuming its large and previously under-reported debt.

While investors suffered immensely as a result of the fraud, customers were relatively unharmed, as operations continued without interruption in most cases.

Today the company has completed a difficult stabilization period and is adding new logos, while pursuing growth in four key foundational segments:

This Rapid Insight Report offers HfS Research’s take on Mahindra Satyam’s strategy and what it might mean to enterprise customers who consider working with the company.