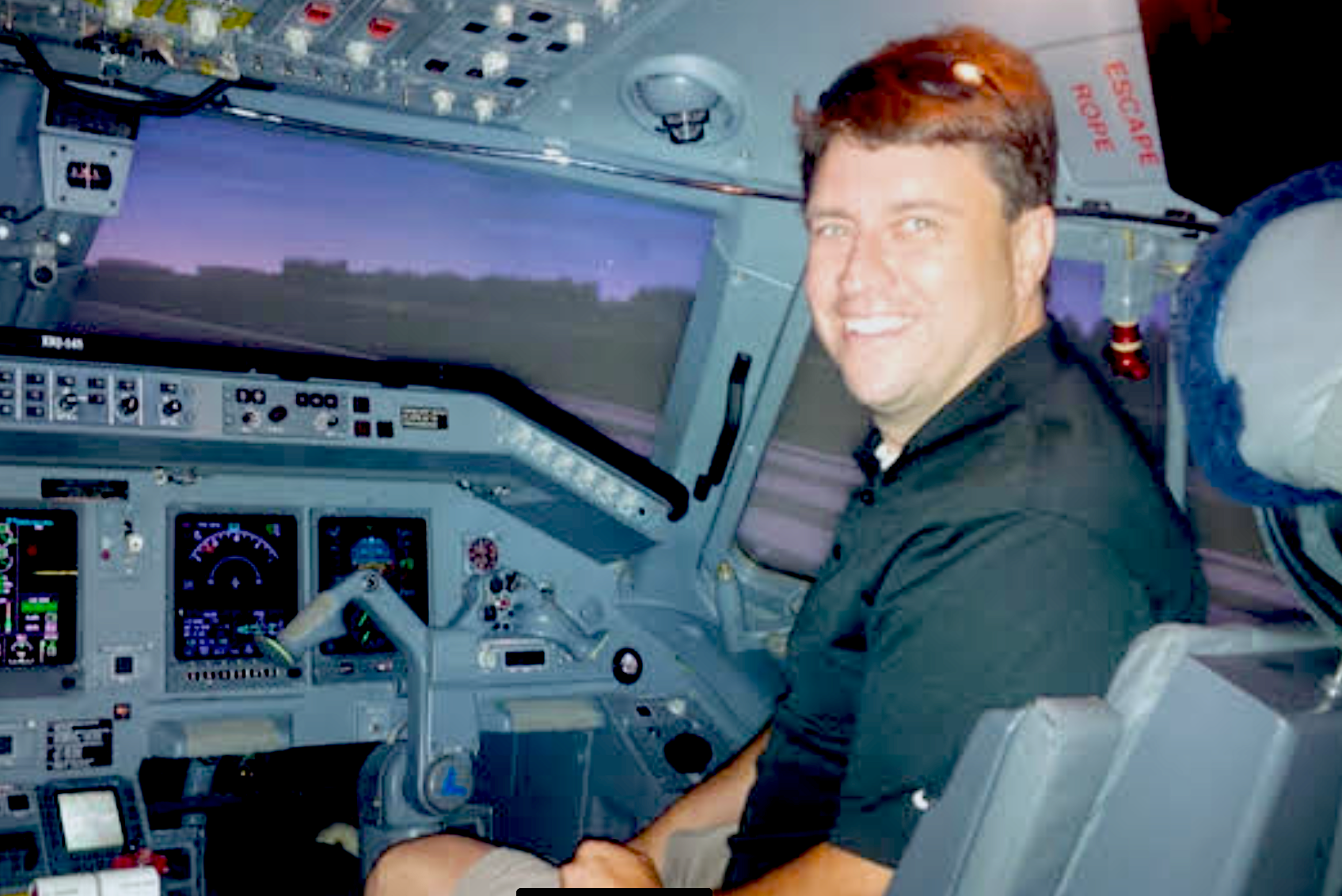 It’s funny when you meet these people across all corners of the globe during your career and you get that feeling that you’ll cross paths again in the future.

I first met Joel in 2002 when I was a Bio-IT analyst (yeah, I actually did that) in Australia working for IDC and Joel was running the PC tracker for the ANZ region.

Fast forward 19 years and Joel, and after his 10-year IDC stint, a couple of cyber-security and research startups; and a product marketing stint at Microsoft, got in touch about something that had nothing to do with the role for leading our new Cloud Practice was being advertised…   I even asked him if he knew anyone when I thought “Hang on Joel, what are you doing these says…”.

To cut a long story short, Joel is now our first permanent Canadian employee, based in tropical Ottowa, with 2 daughters, (tries to) play guitar, and has mastered Bar B Qing at -20C. He has lived and worked all over the world and somehow still ended up in Ottowa.  But that’s OK because we now officially have HFS Canada!  He is also leading HFS’ new Cloud Practice to help the big pivot into the virtual work-anywhere world.

Phil Fersht, HFS: Before we get to all the work stuff, Joel, can you share a little bit about yourself….your background, what gets you up in the morning?

About me, well, I like to think that I am a classic overachiever. I have built a career from a humble beginning to one that has allowed me to live, work, and experience cultures and peers in Europe, Asia, Australia, and North America. I love immersing myself in a new culture, have been fortunate to lead operations, sales, and research teams across the world, and thoroughly enjoy the customers I have engaged in finding new revenue opportunities.

I grew up in a small town in the United States, proud son of a Red Cross executive. As such, I got involved in community service from an early age, which continues to be important to me. Travel is something that I also grew up with, as early in my life, we lived in Germany and then across the U.S.

While at university, I built a partnership between the University in Leipzig and Houston, leading to my joining an international student-led program based out of New York City. This allowed me to travel extensively in Eastern Europe in the early and mid-90s, and honestly, I haven’t looked back. I started my technology career in Prague, Czech Republic, with IDC in 1997 and moved to Australia in 1999 and Toronto in 2004. Building a career in research, consulting, and practice leadership. Then I moved to Microsoft, where I was product marketing lead for the ERP business for Canada. In fact, I was part of the initial plans to move that product to the Cloud. After that, I was recruited by TechInsights, an Ottawa based Intellectual Property firm, to lead global marketing and product management. During this stint, I was part of the executive team that sold the business to a Private Equity firm and was retained to build exit strategies for different business lines.

During this time, both the company and the business I led went through significant digital transformation, taking our products and systems to the Cloud. This was a major undertaking as we fundamentally changed our financial, operations, HR, and customer-facing tools and experiences. That was 2015-2016, hard to believe nearly 5 years have passed.

Over the most recent 3 years, I ran workshops, managed client engagements, and wrote blueprints on building better supply chain relationships. I also supported a new program that focused on the impact of emotional connections between users that the software tools they use. Our hypothesis was that it is essential to look beyond the capabilities and features and understand what emotions drive satisfaction—a crucial component for marketing, sales, and buyer synergies.

Now I am excited to join HfS! As you and I worked together in the early 2000s in Sydney, while our paths diverged, we’ve found ourselves working together again.

As for what gets me up in the morning, I am an early riser, so after that first coffee cup, I like to explore problems with a fresh perspective. You know, before the in-box and to-do list from your boss dulls your creativity.

You’ve had a very global analyst career spanning several countries and continents… can you share some of your experiences over the years… what would you do all over again, and what would you definitely avoid?

When I look back at the crazy times of hitchhiking between meetings in Eastern Europe in the 90s to negotiating with a crooked cabbie in the middle of the night on a highway in China about the fare, there are undoubtedly many memories. And many things I would AND WOULD NOT do again!

The most important thing I always found while working abroad was being willing to listen. Not just to the customer or executive in the meeting, but to the colleagues, cabbies, and folks you meet while spending time in their country. Understanding another’s views based on their experiences, society, and culture has allowed me to apply my experiences in ways that have built more successful outcomes. In my experience, we often rush into conversations with our opinions and should take more time to listen.

So I do my best to avoid talking until asked. Instead, encourage the sharing of experiences, challenges, and opportunities. By making this investment, together, we can then build a prosperous relationship. Without doing so, it can be hard to establish the trust needed to collaborate equally and fruitfully.

How did you end up back in research after spending time with Microsoft?

My career’s second decade was on the supply side of the market. At Microsoft and TechInsights, I succeeded in developing products, managed partner programs, and delivering on go-to-market strategies. Something I’d advised on in my first decade at IDC, but with little real experience.

So, after developing skills as a business leader responsible for multi-million dollar P&Ls and a global workforce and taking some time off after leading the efforts to sell a line of business, research just came naturally to me. I found myself interested in a more holistic view of strategy, from product design and development to competitive go-to-market to contracting and negotiations.

Contracts, I have found, are often overlooked by business and tech leaders. While they can be boring, having read 1,000s of them, I have a good sense of what to look for in terms of fairness and remediation. Understanding the legal aspect of the relationship must be a big part of any cloud strategy. Technology and business leaders should be investing time to study the impact their supplier agreements may have on success!

You’ve chosen to focus heavily on the Cloud at HFS… can you share your passion here? What are your goals?

Technology has been seen as a game-changer to business models and service delivery for the past 2 decades. In fact, being a fan of Star Trek continue to be amazed at how much of today’s technologies were dreamed up by the series in the 60s. However, one thing Star Trek missed was the importance and power of the Network.

It is the Network, not called the Cloud, that is changing the game. This goes beyond computing power and ease of delivery/access; it means this nearly ubiquitous platform can power the workforce and business process needs of organizations, governments, and supply chains. At HFS, I’ll be working to link the One Office, Triple-A-Trifecta, and native automation efforts into a context that both the technology leader and business leader can execute upon.

Exciting stuff! And very meaningful as we toss “digital transformation” out the window and focus on a real evolution of the business, powered by process excellence and underpinned with Cloud technologies.

What role do you see analysts playing as we emerge from this pandemic? Same old game, or is something new brewing?

Obviously, my perspective is biased based on my experiences and how I have been successful. I believe companies will benefit the most from analysts with backgrounds as business leaders themselves. I also believe the Cloud is fundamentally a state-less technology; as such, possessing global experience is essential to adding context to those selling, buying, deploying, and supporting these strategies.

I like to think of myself less as an analyst and more as a part of a strategic team of advisors. Articulating the “what next” in terms of workforce, process, and technology is what an executive should value over just getting another opinion about how they address today’s problems in isolation.

This is what attracted me to HFS. I look at my peers and their experiences across industries, professional backgrounds, and geographic locations. We are well-positioned to offer wisdom over just intelligence. And this is what I feel an organization should be seeking these days when it seeks to augment its data and insights with an outside 3rd party.

What do you think we’ll be talking about when we gradually revert to a world beyond our screens?  Will we get a resurgence of energy and excitement, or will we crawl out of our caves blinded by the sunlight?

The fundamental change is that the business knows that the Cloud is no longer a digital service delivery tool. Instead, it is essential to service, workflow, employee and customer experience, and success. Customers and employees are intertwined in a cloud-based supply chain. They do not need in-person experiences as often, nor will they seek them out. Gone are trips to solve tactical problems, glad-hand a business opportunity, or pitch an early-stage project.

Our screens are part of the business now. When travel returns, it will be for strategic reasons, such as fostering trusted relationships, motivating our teams, and gaining experiences by listening, not selling, to the other person.

Well, it’s great having you onboard Joel – looking forward to some intense research in 2021!