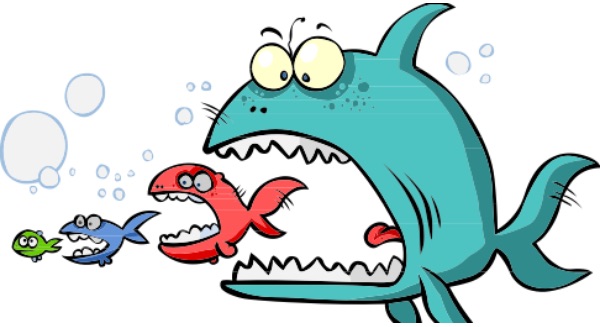 The market dynamics in the world of Intelligent Automation are hotting up. Two acquisitions within a single week and the market is awash with fresh rumors about more M&A.  We already know about two other ones imminent – one a done deal and the other closing in.

First, ISG acquired Alsbridge, not just for their rapidly expanding RPA advisory and implementation capabilities, but RPA is likely to have been a key consideration as ISG was lagging both in terms of traction, as well as skill sets. Second, CA announced its intention to acquire Automic. This is a strong indication that the juggernauts appear to be not only willing to overcome innovator’s dilemma, but are expecting that offerings around Intelligent Automation will ringfence their leadership position rather than erode their bottom line.  Moreover, the risk of not investing in Intelligent Automation is clearly outweighing doing nothing and hoping this feverish wave of interest dies down (which is not doing).

Sourcing advisors are currently not bringing automation deals to the supply side the way they used to with the people-scale centric legacy deals. As part of our research for the Intelligent Automation Blueprint, we tested this assumption with all the participants. Yet, at the same time, we are seeing the Big 4 play an increasingly important role in implementing transformational RPA deals. Thus, they have significantly moved on from largely doing top level advisory and tool selection. This is shifting the market from a narrow focus on task automation with short-term cost considerations. However, this shift and acceleration are being curtailed by an acute scarcity. In the broader market talent that understands the impact of innovations around the notions of Intelligent Automation on broader process efficiency remains a rare breed. Therefore, we expect more M&A predominantly by the Big 4 with pure plays like Symphony Ventures, VirtualOperations, GenFour and thoughtonomy likely to be high on their shopping list.

CA’s offer for Automic is strategically even more illuminating. First, the price of 600 million Euros is underlining that Intelligent Automation is becoming serious business. Given the slightly misguided focus on RPA by many stakeholders, Automic might not be a household name. But orchestration engines like Automic and Cortex become increasingly central tools for service delivery where organizations are starting to standardize on ServiceNow and integrating the plethora of Intelligent Automation tools with those orchestration engines. Second, we are nearing an inflection point where the innovations around the notion of Intelligent Automation are deemed critical for improving both top as well as bottom-line. Thus, we wouldn’t be surprised if the likes of BMC are casting a serious eye on the likes of Arago and Cortex. We have been gazing into the Automation Crystal Ball not too long ago and outlined 4 scenarios. Therefore, in this context, we will close by looking at how these acquisitions apply to those scenarios and how we are seeing the next 18 months panning out.

Bottom Line: Intelligent Automation is at an inflection point

The HfS Intelligent Automation Blueprint provided a broad set of reference points as to how the market is maturing and how the deployments are starting to scale. The discussed acquisitions are adding even more poignant points to a rapidly maturing market. Thus, we put out the following stalking horses for crucial dynamics over the next 18 months:

These are stalking horses. We love to hear your views, so if you are interested in discussing these issues, drop me a line at [email protected].