Time for HP to shephurd its BPO business 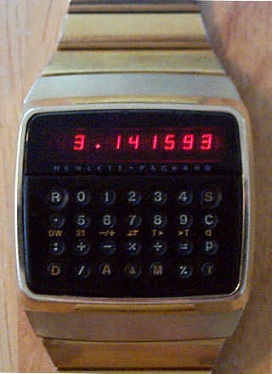 It's not absurd, there's no more Mark…

When Mark Hurd took up the reins as HP’s boss back in 2005, the company badly needed him to stabilize the business, drive up the stock price, while instilling discipline and cost-control into many of its global operations.

Whatever the reason for his demise (and quite frankly, he’s not Tiger Woods, so who cares?), he’s done what HP needed him to do – and this is a good time to put someone else at the helm who can start closing the gap with IBM and others.  In fact, he should have gone sooner, because there’s a lot of ground to be made up right across the board.

One of those is a flagging BPO business that had outperformed anyone’s expectations before the EDS merger threw it into a confused shambles.  The addition of EDS should have been the cherry on the icing-on-the-cake to drive the emergence of a  major BPO powerhouse to challenge the likes of Accenture and IBM.

In pre-EDS days, HP was giving everyone a run for their money winning several mega F&A engagements, such as Nestle, P&G, Clorox and Molson-Coors, and were doing a great job bundling IT and ERP-enablement services around their BPO.  The firm was also discretely picking off payroll-centric HRO engagements and building an impressive competency for running multi-country SAP-based payroll services.  HP also boasts one of the world’s largest supply chains it could have leveraged to drive its source-to-pay offerings.

But Hurd rarely mentioned BPO in his speeches or strategy discussions – the business relied firmly on the determined leadership of some great individuals (you know who you are) who drove that business in spite of lacking much senior leadership support.  Consequently, since the EDS merger, more of the BPO leadership exited the business, the ExcellerateHRO business was sold to rivals Xerox(ACS) and the firm is rarely seen in major pursuits.  Instead, most of its BPO focus is polarized on the healthcare sector, which is smart, but not when the rest of the BPO areas are neglected.

Bottom-line, Hurd is one of those IT operations guys who didn’t quite understand the value and stickiness BPO engagements can bring to a IT-BPO services provider – he’s a dollar- and-cents guy, not a business transformation one.  Accenture and IBM have multi-billion dollar BPO businesses.   Infosys, TCS and Wipro are tenaciously growing BPO business that are threatening to surpass HP’s.  Capgemini has also moved in front of HP in the pecking order in most deal pursuits – particularly in Europe.  And even in the verticals, such as healthcare, up-and-comers like Cognizant are edging in front.

HP is a great company and has a solid base of BPO from which to build.  But it’s “lost years” in BPO need addressing quickly by whomever next takes the hot-seat.  And this time, there isn’t much time, in a polarizing industry with twice as many competitors.  An acquisition or two will likely be needed to turnaround its stuggling BPO service lines… and we’ll be hinting on where this should come from very soon.