Day One at the HR Technology Conference in Chicago…Who are these people and what are they doing here?

And now over to Chicago, where HfS roving analyst Peter Ackerson is trying to fathom what on earth is going on in the world of HR technology.  This could be the first post of several, however, it will probably depend on how many drinks get forced down his gullet tonight, so make the most of this one…

Who are these people and what are they doing here?

The first day of this event begins with obligatory thank-you to the sponsors, exhibitors, press, and probably some long-lost relatives. Next was the really obligatory keynote speech pitching “Cloud Surfing”…book available later. In any event, I spent most of the day surfing the Expo Hall with the 250+ exhibitors. Actually there were two groups of exhibitors…those with really good stuff and then those who added the latest buzzwords to their old offerings. Fortunately, the first group was larger than the second group. Many acquisitions were together for the first time including IBM/Kenexa, SAP/SuccessFactors, and Equifax/TALX .

I talked to a number of the exhibitors asking about whether they were seeing decent prospects and most said they were. That bodes well for the industry as a whole…clients appear to be moving to a buy mode. A number of exhibitors were from across the water, which again was indicative of many of these services truly becoming global in nature.

IBM/Kenexa rehashed and re-analyzed (for one last time)

We met with some of IBM’s senior leaders including Kellar Neville, John McGlone, Dan White, and Brian Day. HfS had already been briefed by IBM on the Kenexa acquisition and this was a chance to dig deeper. The Kenexa acquisition, when finalized at year-end, will include both software and services and was funded by those same groups within IBM. The products will fall within the Multi-Process HR Group and more specifically within the Tech Infused Smarter Workforce sub-group. Smarter Workforce will tie to IBM’s current marketing tagline of “Smarter Planet”.

An interesting point here is that IBM had been offering Recruitment Process Outsourcing (RPO) and allied services as a stand-alone product over the last few years. What is interesting is that not many people were aware it was available. In my personal case, I had been involved with RPO projects over that time period and IBM’s name never appeared on the radar screen. We knew Recruitment was offered as part of multi-process offerings, but not stand-alone. That will now change with a vengeance.

The deal appears to make sense. IBM acquires 8000+ clients in 80+ countries and more importantly acquires software, people, and 11 service centers, including three in the US. Kenexa and IBM offerings combined have the potential to deliver a full talent suite, including Learning, Assessments, Surveys, Performance and other related services. The trick, of course, is to smoothly integrate two cultures, platforms, and selling methodologies…and not lose any clients.

If there is any caution to be considered, it would be about timing. While there is sufficient time to integrate the two entities, things can happen. Contingency plans may be important for projects going live during the integration process, although as they say in Texas…this ain’t IBM’s first rodeo. 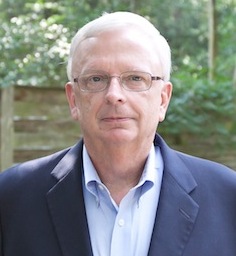 There were a number of smaller exhibitors at this conference, some of whom probably have most of their marketing budget for the year invested in this show. However, it was good to see them taking the risk as they may be the break-through companies of the future. New blood is needed in this field; the industry needs to get away from re-branding offerings and find some revolutionary services and products. Having said that…is HR senior leadership willing to take a leap of faith with “non-brand-name” and revolutionary providers? I’m really not sure they are.

Over the next two days we have some interesting meetings lined up and will report back to you as appropriate.

Peter Ackerson (pictured right) is Research Fellow for HR Outsourcing and Shared Services at HfS.  You can contact him here.