Is the HP Band-Aid being re-applied? 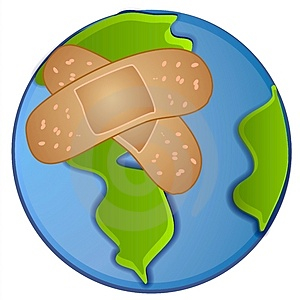 No sooner did they rip it off, they put on another one…

We gave Léo Apotheker a strong benefit of the doubt when he recently ripped off HPs proverbial Band-Aid and made a series of tough announcements that could steer HP on a more coherent enterprise path. Sadly for Léo, his board is clearly in a position where they are unhappy with the progress made under him and want to bring in a very different personality in eBay’s Meg Whitman.  Coming so soon after the quickfire announcements last month, this can only indicate the HP board are divided on whether Léo was doing what they wanted for the business.  They may also have felt that Léo was making decisions without consulting them. Bringing in Whitman indicates they need a strong personnel leader and a consensus builder to repair their fractured leadership and try and come up with a strategy with which they are all comfortable.  Whitman is unlikely to be a strategist – she is the type of personality to reset the current position of the firm – and could possibly even reverse some of Léo’s recent decisions (although Autonomy seems like a done-deal).

HfS Research’s COO and SVP of IT Services Research, Esteban Herrera, elaborates further on the situation…

Here at HfS, we do, however, watch one of HP’s businesses very closely—its outsourcing unit. Phil has blogged in the past about the confusion and challenges faced by HP, and let’s face it, it’s never easy to run a company that big, that diversified, and that volatile.  There are rampant rumors emanating from several sources that Léo is out and Meg Whitman is in. I don’t know if Mr Apotheker will survive this crisis, but its clear that the outsourcing business has been neglected by two successive CEOs. Within the same week, different HP executives told us that “BPO would be their growth engine” and that “BPO was an afterthought, a business we’d rather not be in.” Within the same week.

Here’s a simple prescription which probably will not save anyone’s job but will likely save HP and its services unit. Instead of spinning off PCs (or in addition to it), spin off services. EDS was once a proud brand and completely dominant. It had its issues, but clarity of mission was not one of them. A lot of the talent that rules our industry was groomed there. HP should package its own services unit with what’s left of EDS and sell it back to the Perot family—hey, I’m not suggesting anything that hasn’t been done before!

I’ve written, somewhat harshly, that HP/EDS represents the past of the outsourcing industry. But it doesn’t have to be that way. The installed base is enormous, and they would love to have a reason not to switch providers when the contracts come to term. But right now, IT buyers are nervous—they see a rudderless division of a troubled company that is insisting on 40-year old commercial models while sticking its head in the sand to avoid modernizing the way services are delivered.

Finally, HP’s problems are not all Léo’s doing. This is an obviously dysfunctional board—they might as well invite WikiLeaks to their supposedly “secret” meetings. There is discord about the direction this company should take, and it is being aired publicly by one or more members of the board. Not even St. Meg of California can fix that.