How severely will the expiration of India’s STPI tax scheme impact the Indian outsourcing industry? 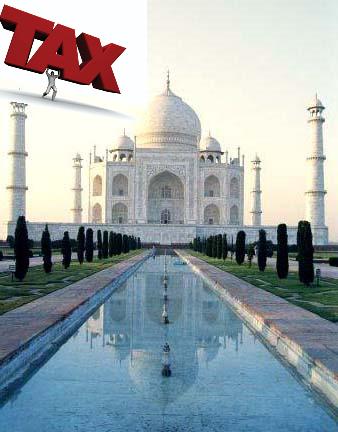 360DegreeVendorManagement raises some real concerns regarding the Software Technology Parks of India (STPI) tax scheme which expires on March 31 2009.  The scheme currently gives tax-breaks to new Indian organizations in the region of 10-20% for their first 10 years of inception, designed primarily to bolster India’s software industry. Established Indian firms are constantly spinning out new companies to keep enjoying the tax breaks. Today, exports by STPI registered units comprise more than 95% of the total software exports from the country, which include ITO and BPO exports.

To compound issues with the competitiveness of India’s outsourcing exports, Ted Botzum at TPI discusses the issues with foreign currency fluctuations and their impact on outsourcing contracts.  Ted pushes the point that firms looking at outsourcing need to invest in scenario development to balance the financial risk.

Hence, there are a number of variables that must be built into the Indian outsourcing scenario:

By taking away the tax break, the price-playing field will be leveled considerably between the Western outsourcers and the Indian-centric firms.  The Indian firms are now competing for the majority of top-tier enterprise outsourcing contracts, both BPO and ITO – which was not the case five years’ ago.  Firms such as Infosys, Wipro, TCS, Genpact and Satyam (as we discussed here last year) are constantly having to evolve their human capital strategies to retain and develop quality staff over longer periods and keep wage inflation to a minimum.  Moreover, they are moving increasingly towards volume / service-based pricing models and relying less on FTE-based pricing, which leaves them vulnerable to these pricing pressures.  Incumbent global outsourcing firms such as Accenture, ACS, HP and IBM, which have large employee-bases in India, are also facing similar challenges to keep spiraling costs to a minimum, but benefit from having a larger proportion of their employee resources in other global locations, and are not going to be impacted when this tax break is eliminated.

My view is that the Indian-headquartered suppliers have arrived on the global stage and are now seeking to take their services to a new level by investing in higher-value services and greater onshore presence.  By taking away their tax-break, the Indian government is only serving to harm its star performers at a time they need greater support to maintain their market surge.  With the current economic downturn, outsourcing deals are more competitive than ever, and next couple of years will lay the groundwork for the global sourcing industry for years to come.  I’d be surprised if the Indian government doesn’t relent on extending the STPI tax break, but maybe it’s decided the time has come to cash in on its most successful export?

Update:  the Indian finance minister is proposal a 1 year extension to the STPI tax holiday until March 31 2010

Posted in : Finance and Accounting, IT Outsourcing / IT Services