When we look back at this current era of IT services, we’re going to remember this as the time when many of the leading providers launched their platforms to help orchestrate, analyze, automate and artificially intellectualize the delivery of technology to enterprises.

We’ve already had IBM’s Watson™ and Wipro’s sidekick Holmes™, in addition to the several specialist IT autonomics platforms such as IPSoft’s IPCenter™ and Arago’s Autopilot™, so surely, it’s just a matter of time until we get the full gamut of branded autonomics-driven IT management platforms from all the major service providers.  The most recent launch comes from TCS, which has been putting a significant amount of investment and attention into its new IT autonomics “neural” platform ignio™.

So we  recently got some time with ignio’s mastermind, Dr. Harrick M. Vin, who’s  the Chief Scientist and Global Head of Innovation and Transformation, and IT Infrastructure Services at TCS.  Maybe he should just call himself the Platform Professor…

Phil Fersht (CEO, HfS): Good afternoon Professor Harrick Vin! It’s great having you on the blog. Maybe you can start by giving us some color into your background, and earlier career–and how you ended up working for a major service provider like TCS. 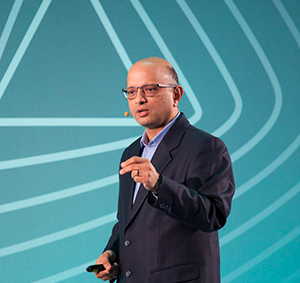 Dr. Harrick Vin: First of all it’s a pleasure to be here, and I appreciate the opportunity to talk to you, Phil. Let me first introduce myself. My name is Harrick Vin and I’m vice president for R&D and Chief Scientist at the Tata Consultancy Services (TCS). I look after our largest R&D center in Pune, India. For the past several years, I have also been driving the overall strategy and innovation for the infrastructure services business unit of TCS. Most recently, my team and I have been involved in developing a product called ignio, which we are launching in the market. I have been with TCS for about 10 years. Prior to joining TCS I was a Professor of Computer Science at the University of Texas at Austin for almost 15 years. At TCS, I have had an opportunity to closely work with and analyze some of the most complex systems, ranging from human systems, technological systems, to large engineering systems. We have used a lot of the learnings about how to manage complex systems, to design ignio.

Phil: So talk to us a bit, Harrick, about why automation is suddenly the flavor of the month in the industry. Why is it suddenly such a talked about topic as we look at the future of services and where things are going?

Harrick: Automation is not at all new, Phil. In fact, the whole IT industry is about automation, because that’s what IT does to the business. In fact, in my mind, the words IT and automation are synonymous. But what is interesting is that while IT has been used to automate business, the way we have been running IT and operations behind the scenes involves a significant amount of manual work. We are still very dependent on a lot of tacit knowledge, experience and intuition that people gather over a period of time while running these systems. Most organizations have exercised several people and process optimization levers to reduce cost, make technology and operations more efficient and consistent. And this has served us well to date.

However, I think the next decade is really going to be all about speed or agility. While the digital revolution has created many opportunities for businesses to transform themselves, it has also created some very tough challenges for the enterprise technology and operations teams. For instance, in most enterprises, technology complexity is on the rise; on one hand, most enterprises are struggling to reduce legacy, while on the other hand, new technology, new applications, new businesses processes are being introduced at an unprecedented rate. Data volumes are on the rise, and decisions are becoming difficult to make. Rising complexity is also leading to increased operational risks resulting from failures, technology misconfigurations and human errors.

Because of these, conventional methods for running technology and operations in most enterprises are starting to fall a bit short. In fact, to deal with complexity, most enterprises IT teams have organized themselves into lots of layers and silos, and deployed many workflows. This essentially ensures that everybody who needs to know or who needs to have a voice gives an approval before something gets done. Unfortunately, this slows things down. Work essentially flows and doesn’t get done very quickly. The lack of an end-to-end view resulting from layers and silos also increases operational risks from human errors.

Thus, the combination of rising complexity, lack of agility or sluggishness caused by complex workflows, and significant increase in operational risks are some of the key drivers that are really making automation of technology and operations essential for the future.

Phil: As you look at the value that a service provider can bring in this space, obviously it’s bringing a lot of capabilities around system integration, bringing together platforms and processes. What do you see new evolving from a technology perspective, that is really changing the game here? Is it that new things are coming on to the market that are creating better types of platforms that are more effective, or do you think it’s just increased skill sets on the services side? 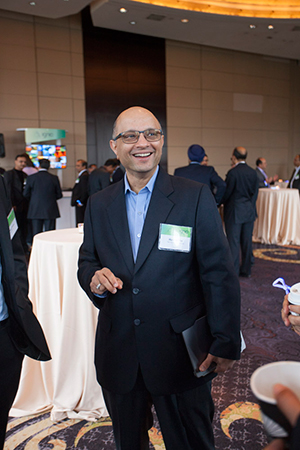 Dr. Harrick Vin talks to us about neural automation…

First, today’s best practices and tools often require enterprises to embrace a standardize-first model: standardize technology and processes first before you spend the time and effort to automate and thereby derive efficiency and other values. This has often failed because standardize-first requires a fairly large lead-time and there is also no clarity on what is the necessary diversify that one has to actually support. So when you say standardize-first, the question is standardize to what? This is difficult to answer for most enterprises.

Second, perhaps, what has really resulted in lack of scalability and sustainability of automation, is the very fact that most of the current tools or products for automating operations, implement run-book automation, in which a standard operating procedure for doing something manually is converted into a workflow, a script, a program, or a set of rules. This run-book automation model has its roots in manufacturing, where once you configure an environment for automation, the environment doesn’t change much. For example, if you consider a BMW factory that produces a 3 Series car, it produces exactly the same car design for the next several years. But in the case of enterprise IT, everything changes all the time: the workload keeps changing, the underlying technology and their versions keep changing, application functionality keeps changing, new applications keep getting introduced, among others. And all of these changes make automation obsolete, and often leads to automation maintenance nightmare. In fact, because of the challenges in accommodating changes, many enterprises automate only things that are not changing very frequently or things that are at lower layers of technology stack. The higher up you move in the technology stack, the greater the rate of change hence the greater rate of obsolescence.

Phil: So let’s look at the next generation solutions to help clients. We talked just recently about an exciting offering that TCS is coming out with called “ignio.” What is different about what you are bringing to market with ignio?

Third, it is intelligent in that just like how our brain works, it breaks any complex activity into a large number of smaller simpler tasks, performs each of these tasks and then composes these tasks together on the fly in order to carry out a complex activity. Because it has the ability to create the context awareness, it also has the ability to predict an emergent condition and take proactive actions. So that’s why it is intelligent.

So, in a nutshell, it’s connected, adaptive, intelligent and resilient. These are exactly the characteristics that you would actually associate with a human brain, and how our neural system works. This is exactly what ignio does.

Phil:  Why “ignio”? What was the thinking behind the brand?

Harrick: Interesting question. Let me explain. ignio converts every service into a piece of software. By doing so, it is essentially allowing us to create a technology-first service model, whereby ignio has the right of first refusal to do any work, and ask for help when it does not know how to perform the work. So, ignio in our mind is this invisible, evolving intelligence that will ignite and drive change for a large enterprise. That’s what led us to the name ignio.

Phil: So last question, Harrick. When you look at the world today, if you were crowned the emperor of IT services for one week, what’s the one thing you would do to change this industry?

To answer this question, let me draw an analogy between IT services and manufacturing. In manufacturing, because of the industrial revolution, we’ve gone from manual engineering or craft, to mechanized, to now precision engineering. That happened because of the sophistication of automation. If you look at IT services today, we are still very much a manual engineering type of industry. We rely very heavily upon intuition, experience and tacit knowledge to perform different types of complex operational tasks. I believe that the IT services industry is ripe for undertaking this industrialization journey, and this is what I would try to promote and drive.

I also think that converting services to software, like what ignio is designed to do, to enable a technology-first service model for enterprise technology and operations is a critical step towards realizing this industrialization vision. If you look at the last decade or two, we have witnessed disruptions in many other industries, whether it is retail, whether it is taxi rental, whether it is video rental, and so on, where a people-centric model of service has been converted to a technology-first model of service.

Phil: That was very well answered! It’s been a pleasure having you talk to our readership today, Harrick; we look forward to sharing your views with everybody. And good luck with ignio!