Getting a bit of Ruest (Part I) 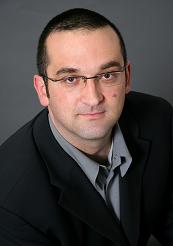 If there was a Nobel Prize for industry analysts, this guy walks away with it – he's super cool, talks a good game, and has done very little beyond, well, be super-cool and super-smart… and with a French accent to boot.  So today, I thought we'd give IDC's Sebastien Ruest the chance to prove there's a bit more substance behind the snowboarding, hockey-stick-wielding playboy façade 🙂

Sebastien's proving IDC's nearshore model by leading it's global services research from Canada, and developing a solid reputation in the industry as one of the industry analysts who "gets it".  So I thought it time to grab a few minutes with the dude himself…

Phil Fersht: Sebastien, firstly, what are the main issues you’re hearing from your clients these days? What are the main contrasts between now and before the economic crash last year?

Sebastien Ruest: Maybe it is the cynic in me but I don't think the economic crisis has affected or changed what the main issues are inside organizations. I think the economic crisis was the equivalent of a worldwide game of musical chair where the music has been on "pause" for 9 months and participants have been in state of suspended animation, waiting for the music to start again. The business logic is no different, but I think this time around the jukebox have fewer songs. I think the contrast this time is that CEO/CFO are less willing to fund long term projects have a immediate and visible impact on the organizations and I think that projects like Mobility or E-Workplaces or Enterprise Wide ERP, have been the most impacted by this attitude.

Phil Fersht: What’s “shiny and new” in the services world now we’re finally coming out of recession, or has a lot of the sexiness been drained from the industry, and it’s all about cost-containment these days? What glimmers of light do you see on the horizon that can get us excited again?

Sebastien Ruest: I have been talking to many companies since January about their IT & Business Priorities and an interesting thing that comes out of this is that: besides cost containment, being the number one priority, the focus of many is the improvement in asset utilization or Portfolio rationalization. And this new philosophy, driven by Business leaders, is impacting both IT & Business Services. Why is optimization so important? Because they are still plenty of older technologies in place inside organizations layered together in spaghetti like fashion and although they are stable, they are not optimized for competing in the emerging business climate. Fix them first, before you suggest upgrading. We could call this new approach "Techno-MacGyver". On the other hand, Business leaders are facing this "Crisis of Complexity " with the proliferation of devices, applications, connections points, etc. Optimization becomes really important for them in order to deal with the emergence of "newish" technologies and business models (such as Cloud Computing or Web 15.0) and the ongoing presence of older, established technologies that are not easily displaced or replaced.

Phil Fersht: I was an analyst until the recent past, and my biggest frustration from many of the service providers, was that several were struggling to say anything different. It was as if a script had been developed on what to offer and how to sell it, and there was no leeway to do anything different… only a few seemed capable of setting themselves apart. Is anything different happening in this post-recessionary market? Do you see the “men being separated from the boys” in the coming months?

Sebastien Ruest: Yes and no. First, there has been this weird dichotomy that Service providers have had to deal with. On the one hand, the economic crisis gave everyone with some buying or sustains power the ability to displace weaker players or the ability to acquire skills and capabilities that were not previously financially available. We have seen it between Dell and Perot, Xerox and ACS, moving up the Services value chain and numerous others within specific regional or industry niches. But will that be the pay off? The dichotomy is that do you spend to gain, or do you cut/save to survive?

I think that in the coming months will be critical for players with limited portfolios, Unless many more projects get funded, players that are not migrating their portfolios away from traditional outsourcing, or from Fixed T&M and toward the componentized delivery models that break down services into smaller, shorter and more manageable contracts, we may see the consolidation of many more players.

Sebastien Ruest (pictured) is responsible for leading IDC's global research in the Services & Technology marketplace.   He also heads IDC's IT service benchmark practice and works with vendors and IT users to measure the efficiencies and cost-effectiveness of service delivery. Prior to joining IDC, Mr. Ruest had close to 10 years experience in corporate strategy, sales & marketing and research at IBM.

Join us for Part II where Sebasten shares his vision for Cloud computing and how it will become integral to the services and outsourcing industry.