The expression barrier in outsourcing: say what you mean! 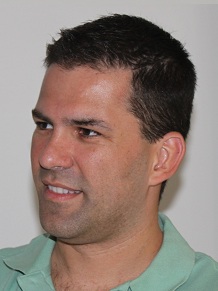 One element of sourcing which constantly baffles me, is the inability of firms to be open about why they’re doing it.

If I have a dollar for every outsourcing engagement which was decided purely on price, with a “nod and a wink” for the innovation that was going to be achieved in the future, I would be, well, about a grand better off!  Our new enterprise sourcing dynamo, Esteban Herrera, expands further…

The expression barrier in outsourcing

Almost a decade ago, I had the honor of doing some research with MIT Sloan’s Peter Weill, one of the most influential voices in IT management in the world. Over the course of that project, I became exposed to many of Peter’s concepts, and I remember one in particular, which he called the expression barrier. I could never do it justice, but what I recall is that IT customers aren’t particularly good at telling their IT organizations what they need; and even when they do, IT organizations aren’t particularly well equipped to interpret it.

This should ring a bell for anyone who has ever tried to build, manage, or repair an outsourcing relationship. I think the expression barrier in outsourcing is a) even more prevalent than in IT and b) even more serious, as any breakdown occurs across enterprise boundaries rather than within them.

It starts during the sales cycle: If I had a dollar for every past client who declared that “price cannot or will not be the deciding factor” and then proceeded to make their decision almost entirely on price, I would have many, many more dollars. Providers, of course, have figured this out, and greet such statements with great skepticism borne from real and painful experience. The result, then, is that often when a client legitimately will pay more for a higher standard, they still don’t get it because their deal was built on price out of fear that anything different was a losing proposition.

When establishing the new relationship, the parties tend to be careful and courteous with each other. This is the wrong time for manners. In my first year of marriage, my wife was extraordinarily forceful in the correction of some of my bad habits. Alas, the ones I successfully hid during that period have proven far more challenging for her to rectify. Outsourcing “marriages” aren’t very different: yes, you will hurt someone’s feelings even if all you are criticizing is their work, but better early than late. Providers tend to want to protect the relationship and say “yes” to a whole lot of things that they weren’t expecting to have to do. Soon, this behavior becomes economically unsustainable and as it begins to change the client’s frustration tends to build.

Even in established relationships with a good track record one can see evidence of the expression barrier. I remember being close to some mature F&A deals as Sarbanes-Oxley became law. Clients got together in conference rooms and interpreted the requirements. Meanwhile, in a similar conference room but in another part of the world, their providers did the same. The work was performed, and client’s routinely sent it back as “non-compliant.” Not surprising, and the two groups had never agreed on what “compliant” meant.

The expression barrier shows up in every relationship almost every day—and it is actually fairly easy to diagnose. An outsider will typically see it within minutes of observation. The cure, however, is elusive.  If we could solve it, we could make a world of difference in this industry. It seems like it should be as simple as “Say what you mean!” but after ten years of trying that, I’m ready for a new approach.  How about we start the discussion right here, on the Horses for Sources blog?