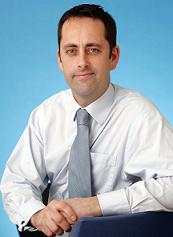 Six months to the day we launched a research organization, we’re delighted to announce the first of several really exciting additions to our analyst team.

Euan Davis is a great friend of mine since university days, whom I coerced into the analyst industry in 1996 – and he still hasn’t forgiven me.  After a five-year spell at IDC where he cut his teeth on European services (he also set up their Spanish services market coverage from their Madrid office), he went onto lead Yankee Group’s European IT/BPO research before an excellent five years at Forrester Research, where he has cemented his reputation as Europe’s premier – and most prolific – analyst covering services markets.  He once even guested here.

Now he’s coming back for his revenge as Research Vice President for HfS, fulfilling a global analyst role for HfS, in addition to spearheading our European research practice.  We’ll be rolling out our beefed-up research agenda very shortly that will include much of Euan’s planned research.

In his spare time, Euan is a formidable skier, retired party animal, father of Rosa and Oliver with his long-time partner Hannah.  He’s also based in Cambridge, UK, about a mile from my parents house…

You can reach Euan at euan dot davis at horsesforsources dot com – but he doesn’t start until 20th September, so don’t expect a rapid response.