A Cloudy Future for Microsoft? 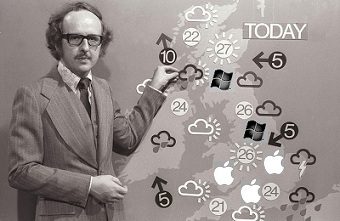 and there's a bit of a mixed bag here, folks…

You’d have thought, having an analyst in Australia, we’d get contributions such as “How to outsource all your work and spend all day on the beach”, or “Precautions to avoid business failure now the local pub has WiFi”.

But no.  What do we get? Endless reams of insight on the Cloud – I didn’t think they had Clouds over there?  All jesting aside, Andrew Milroy poses some profound challenges for software giant Microsoft, which may be set to miss out with Cloud computing in a similar vein to its struggles with internet search market and mobility…

A Cloudy Future for Microsoft?

Microsoft urgently needs to address its approach to Cloud Computing, together with the closely related tablet and smart phone markets, if it wants to avoid falling further behind the likes of Google and Apple in these interrelated markets.

At the turn of the 21st century, Microsoft’s position as the world’s largest, most dominant, and most influential IT vendor seemed unassailable.  In recent years, however, there have been seismic shifts in the IT industry, much of which has been driven by two companies, Google and Apple. Both are massively disrupting Microsoft’s traditional business model. These shifts have been centred on a move away from on-premise models of computing, towards a model where data and other computing resources reside offsite, or in the Cloud.

Google generates revenues from advertising so has been in a position to offer software that competes directly with Microsoft products, free of charge, while driving the Cloud computing model.

Apple has been leading the development of smart phones and tablet computers which are undermining the dominance of PCs and further driving the Cloud Computing model.

These developments are being compounded by a shift away from Microsoft’s operating systems towards Open Source alternatives.

The shift towards the Cloud model is now taking place at breakneck speed, and is threatening to choke revenue streams that are dependent on selling software licenses.  Frost & Sullivan estimates that the market for public Cloud computing will grow at a compound annual growth rate of just over 40% between 2009 and 2014 – while Gartner and Forrester both come up with similar forecasts.

In the short term, we will be working within hybrid computing environments, consisting of both Cloud computing and traditional models of computing, but the Cloud model will dominate in the next few years. Soon, managers will need to present very strong business cases to justify the expense of keeping computing resources on-premise.

Google has only ever had a Cloud-based business model. Apple, on the other hand, has brilliantly made the transition from an ailing desktop-oriented IT supplier to a cash generating machine, by fully capitalizing on technology shifts. Its iTunes business is a Cloud business and its iPhones and iPads have driven the development of a huge number of Cloud-based applications. The tablet computing market that Apple has pioneered, will speed up the demise of PCs. Where is Microsoft in this market?

Right now, the market is dominated by Apple and Google. A rapidly growing number of Android devices are appearing on the market and taking on Apple’s iPhone and iPad products. It is reminiscent of the battle between Apple and Microsoft in the early days of the PC. Apple had a ‘walled garden’ strategy. Its software ran only on its hardware. Microsoft, on the other hand, licensed its software to run on PCs produced by anyone. Microsoft’s Windows Phone/Slate 7 is expected to provide competition but, the market is growing very fast without Microsoft’s product having been released. Has Microsoft been too slow this time? Will Windows Phone/Slate 7 be well received or will it be considered to be a sluggish and unreliable product? Does the product name suggest that Microsoft has not recognised or anticipated the growth in tablet computing and its impact on Cloud computing? Is Microsoft designing its mobile/tablet products specifically for these new environments or is it merely re-coding its existing PC oriented products?

To be fair, Microsoft now offers Cloud products. Its applications can now be offered over the Cloud and its price competitive, platform as a service (PaaS) product, Azure, creates a development environment that is simple to get to grips with for those that are used to working with Microsoft products. This, of course, represents most developers. Microsoft seems to be banking on developers believing that it is simpler to stick with Microsoft, with whom they are familiar, as they move into the Cloud, rather than using products from Cloud, pure play, suppliers of PaaS products like Amazon, Google and Salesforce.com. 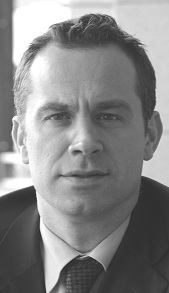 Has it created sufficiently attractive sales incentives to encourage sales teams and partners to sell Cloud services instead of on-premise alternatives? In order to enjoy success, Microsoft must proactively ensure that its Cloud offerings become embedded within the world’s leading corporations before its competitors, as it did in the PC-oriented world. If it does not do this, it risks losing its very strong, but no longer dominant position in the IT industry.

Microsoft needs to improve its speed to market with new products. It needs to act faster than it has ever acted before and it needs to do this now.

Andy Milroy, pictured right,  is Expert Contributor for Horses for Sources Research.  You can access his bio here.  He likes to be tweeted at @andy1994

Posted in : Cloud Computing, IT Outsourcing / IT Services, SaaS, PaaS, IaaS and BPaaS