Being middle-seated… all the way to Orlando 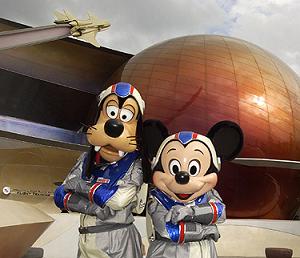 Orlando is my version of a very, very bad dream: a world where you can actually buy a fake Guinness in a fake Irish pub, and get stuck behind entire families in lengthy queues where the kids start at 220lbs… you never normally ever see people like this, but somehow Orlando acts as a magnet for over-sized, under-cultured plasticity.  Seriously, why bother with Guantanamo for interrogations? Just lock suspects in Epcot for a couple of days and we’ll find out who killed JFK, which Ritz-Carlton Osama Bin Laden resides in these days, and even where Bernie stashed his $50 billion…

It is also the peculiar venue of choice for several industry conferences – year after year. And as hard as I try, I always seem to get routed back here every year for my annual bout of misery and ghastliness. So here are some other ghastly life experiences that come to mind when trapped in this 3-hour predicament:

My one (and only) visit to Jacksonville

Dave Lee Roth bringing in 4th July with the Boston Pops (if you saw it, you’ll know…)

Donald trump’s fringe (how does he do that?)

My one (and only) visit to an Olive Garden (was 16 years’ ago, but never again)

The day Johnny Damon shaved off his beard and turned up at a Yankees press conference (how could he do that?)

Hancock (what happened there?)

The London Underground (years and years of purgatory…)

Getting up at 4.30AM to be middle-seated…. All the way to Orlando

p.s. no offence intended to citizens of Orlando… just having some fun at your expense 🙂