Apple goes all corporate on us 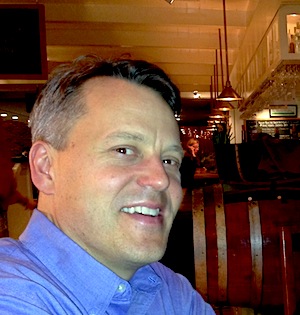 Remember the days when standard corporate issue to enterprise staff was the monster-sized Dell laptop that only seemed to be made for the mass-market corporate crowd and needed a huge ugly Targus case to lug it around…  and a low-end Blackberry, where the only redeeming feature was brickbreaker that could keep your brain amused for hours on those middle seats at the back of coach?

In fact, it was for these very reasons that executives slowly came around to realizing that the only cool technology they could get access to would come from their own personal investments, which is how Apple crept into the executive suite. Apple was just so anti-enterprise; YOU were in control and YOU could develop you whole digital persona using your iPad and iPhone.

There have been some insightful pieces penned on the landmark IBM/Apple alliance signed this week – notably from Larry Dignan and Peter Allen that go into the far-reaching potential consequences of this deal, notably the potential of providing iOS apps and embedded analytics tools to enterprises and disrupting traditional services models, potentially not too different from Workday’s impact on HR.

However, I wanted to draw your attention to HfS’ enterprise mobility analyst, Ned May, who focused on the simple fact that this alliance finally gets Apple into the enterprise through the front door…

“Apple has never understood the enterprise very well. While it has attempted to become ‘more friendly’ over the years and extended a few fig leafs in the terms of iOS updates that address enterprise grade concerns like security, Apple’s success in the enterprise has mostly been driven by its success as a consumer device. It has largely entered the enterprise through the front door in an executive’s purse or pocket not via a box on the loading dock that was backed up to IT. Further, Apple has been notoriously difficult to work with often to the frustration of a CIO. In short, while Apple’s support might be “legendary” it has not been the type of story that ends with someone riding off into the sunset. Which brings us back to the impetus behind this deal. At its core, it is about Apple realizing it will never understand the enterprise and that there is no better partner to get them over that challenge than IBM.

“In exchange, IBM gets to offer a message of safety to anxious IT departments who nervously watched iOS devices sweep into their formerly locked down playgrounds and ultimately opened them up to the chaos known as BYOD. As we pointed out in our Enterprise Mobility Services Blueprint (see link), the market is now reaching a stage of maturity where IT departments are being asked to rationalize the disparate mobile activities underway around the enterprise. As they do, many are looking to apply their traditional approaches to managing the challenges these new environments brings.”