Who was it who said about “making the same mistakes over and over and expecting different results”?  When it comes to pandemics, we seem not only to make the same mistakes but add in even more for good measure… so what can we learn from all this?  Our healthcare research lead, Rohan Kulkarni offers up the 5 specific lessons our politicians, business leaders, educators, scientists – and ourselves – can try and learn from, to make sure we don’t find ourselves in another COVID-19-sized black hole ever again…

Since 1900, the world has experienced 6 pandemics including COVID-19. Through these pandemics, approximately 100 million people died, and untold numbers suffered economic, social, and mental challenges of material proportions.

One could argue that after so much suffering, the planet would be well-equipped with enormous experience to manage the next pandemic effectively, to reduce the period of virulence and hence limit deaths. However, COVID-19 has proven that humans, over eight generations, across so many regions and different forms of government, have regressed in their abilities to combat and defeat a pandemic.

1. Work together to create a consistent framework and demonstrate some leadership

There has been a lack of a comprehensive framework to combat global pandemics, one that is consistent and accepted globally. Multi-lateral organizations such as the World Health Organization (WHO) have a structure to monitor, evaluate and react that tends to be a guide for some nations while more advanced economies like the US have frameworks to lead the globe in recovery.

However, these frameworks compete with each other, are backed by different levels of resources and legal ramifications. The situation is further exacerbated by a lack of cohesion across local, provincial, and national approaches. In the US, while the federal government has mandated the wearing of face coverings in all its facilities, certain state governments have taken contrary steps in their facilities in the name of personal freedom and liberty.

There has been an overwhelmingly poor leadership across the globe with a few bright spots like South Korea, Norway, and Denmark. The decisions most national leaders took have been across a spectrum from the draconian like China (zero covid policy) and India that chose to completely shut down their nations or laissez-faire like Sweden relied on voluntary actions of its populations or even the US that initially refused to recognize the potential of COVID-19 to generally abdicating its federal responsibility to its states until the Biden administration took office. The politicization of the pandemic has diluted the credibility of leaders in many parts of the world including the US, France, UK, Philippines, and Brazil to name a few. Consequently, these choices have led to inconsistent responses allowing the virus to continue to spread, mutate and kill in the millions.

2. Focus on the science, not political agendas

The lack of science in decision-making has been the hallmark of the global response to COVID-19. Decisions to slow the spread of the virus, treatment options, quarantine periods, and other related measures have been taken often without the use of corroborating scientific evidence. This has been exacerbated by the virus mutating in real-time, requiring constant adjustments to our understanding of it and consequently modifying mitigations.

Instead of following the science, which has been imperfect given the virus has been shape-shifting and challenging our understanding of it, authorities have chosen to make use of data that suits its contemporary agenda. The best examples are in the US with certain state’s choosing to use hydroxychloroquine (anti-malarial) or ivermectin (horse tranquilizer) to treat Covid despite the US Food and Drug Administration (FDA) directive against it or the former incumbent of the white house Donald Trump suggesting the use of bleach and light.

While the contemporary examples may be preposterous, they mirror the past and highlight a fight against known science and the adoption of solutions that have no scientific merit.

3. Get ahead of misinformation and stamp it out

COVID-19 occurred at the current zenith of human communications technologies as compared to the Spanish Flu of 1918. With the speed of the word came unleashed the battalion of village idiots all over, giving them giant megaphones. This transition from one-on-one communications to one-to-many has been both a blessing and a curse. While it allowed the speedy dissemination of scientific information of the pandemic, it also gave the village idiots the license to pander to the uninformed.

Consequently, a material percentage of populations subscribed to misinformation to drive their decisions. In the US approximately 70% received their COVID-19 information from non-healthcare experts (see Exhibit 1).

Exhibit 1: 20-30% of US consumers relied on clinicians to stay informed about COVID-19

The subscription of misinformation has translated into fights about masking in schools, retail outlets, public transport, and other locations where the public tend to congregate. Anti-vaccine advocates have come out in droves to protest the use of COVID-19 vaccines even though there is overwhelming evidence of their efficacy in preventing infection, severe illness, and deaths. In some parts of the world, there is even skepticism of the virus, suggesting that the pandemic is false and is essentially a conspiracy of the elites to continue to subjugate the oppressed.

4. Try and treat humans across the world as equals

Discrimination is an animal instinct; it is part of our DNA. It is the prime reason why birds of the same feather flock together, why a pride of lions doesn’t hang out with a troop of monkeys, or why humans tend to be parochial. Unlike other species, we have organized our discrimination such as that rendered by color being racism or by income, age, sex, etc. So, it has been a laudable endeavor to reduce and eliminate discrimination of all types by legislating and enforcing laws, educating children early, and more.

Yet one of the major failings is that in our efforts to drive equality, we have ignored equity. Inequities prevent access to care including COVID-19 vaccines. Some 50% of the world has been fully vaccinated (not boosted) as of the end of January 2022. According to Bloomberg, the least wealthy countries have received just 6% of the vaccines while they represent 21% of the population. This is emblematic of inequities built into every aspect of how care is delivered globally. 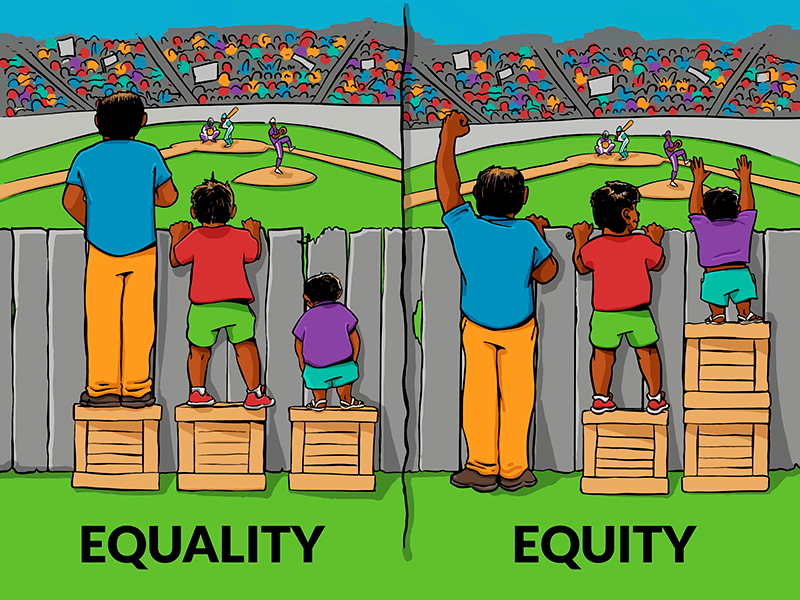 5. Learn from our past mistakes to change our behaviors

Masking and social distancing were some of the tools used in 1918 as have we in against COVID-19. In late September 1918, Philadelphia would not cancel its Liberty Loan parade to pay for the war effort while an anti-mask league was formed in San Francisco in January 2019 to protest mask mandates as it was seen as unconstitutional limits to individual liberty. Similar behaviors have been exhibited during this current pandemic.

There are many more such examples of our unwillingness to change behaviors to mitigate the current and next pandemic. Despite troves of data showing the correlation between social distancing, masking, and vaccinations to the prevention of infection, severe illness, and deaths, a material percentage of people choose to not learn from the past yet expect to thrive.

The Bottom Line: Those that don’t learn from history are doomed to repeat it.

Pandemics can be an existential threat, but they don’t have to be. We have over 100 years of data and experience to learn from. We have options to choose from yet, time and again we have made the same choices of not believing in the science, abdicating responsibilities, and being selfish. Pandemics have brought the worst amongst the best of us.

Yet, there are examples of heroes amongst us, be it the nurse who put in 48 hours straight in a resource-constrained hospital to save tens’ if not more; teachers going and above to make virtual learning as engaging as in-person, employers making it is easier for employees to work from home. Pharma’s developing effective vaccines and medications in less than 12 months. We must learn from the litany of mistakes, evangelize good practices, emulate everyday heroes, and consciously drive change with better choices starting at home today.